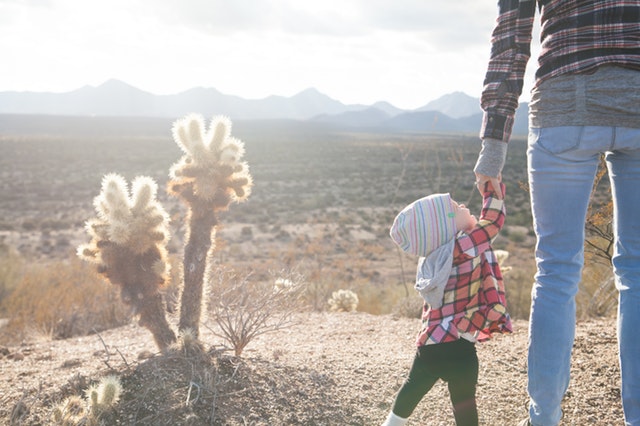 Mum, I’m the one asking the questions…..!

Recently, I saw an opportunity to engage my developing coaching skills in a conversation with my eight year old son. We had been learning about the use of metaphors in our training sessions and I got really excited when my son asked ‘Mum, what would you rather be? A tree or a house?’. Instantly, I swung into coaching mode and turned the question on him…what would he rather be? What does a tree symbolise for him? What are the characteristics of a house? Which of the two did he associate himself with? ….my excitement waned as with each passing question, I was met with a brick wall response! He gave me nothing and eventually complained ‘But Mum, I’m the one asking the questions….?’
As I was left to ponder his words, my self-reflective, self-critical nature took over. Had I worded the questions incorrectly? Did I leave enough space for him to think about his answers? Where had I gone wrong?!! But soon, the realisation came and it was two-fold. Firstly, he hadn’t engaged me in a conversation so that he could be ‘coached’; he hadn’t given me his permission and we certainly hadn’t reached a coaching agreement!
And secondly, he was genuinely curious as to what my answer would be. He wanted to dig deeper on how I saw the world, my perceptions, my thoughts and my ideas. As I reflected on the PCC markers and specifically those relating to coaching presence, I was struck by the one that specifies that the ‘coach exhibits curiosity with the intent to learn more’ and recognised that my son was unwittingly modelling this competency for me.
Children have an innate natural curiosity and wonder and this is demonstrated every day with every single question they ask… ‘What happens when you die?’; ‘Who invented school and why do I have to go?’; ‘Would you rather have only hands or only legs?’; ‘If you were a number, what would you be?’…..
And when you as a parent or a teacher give an answer, another question quickly follows as they seek to delve deeper and construct meaning and sense for themselves. Einstein’s mother, it is claimed, never asked him how his day went in school, rather she queried as to what questions he had asked of his teachers. Maybe that led him to comment that ‘The important thing is not to stop questioning. Curiosity has its own reason for existence. One cannot help but be in awe when he contemplates the mysteries of eternity, of life, of the marvellous structure of reality. It is enough if one tries merely to comprehend a little of this mystery each day.’
Fostering that curiosity amongst children is key but nurturing it within us as adults is just as important.
As I continue to seek opportunities to ‘coach’ my biggest challenge, my son, I keep reminding myself of the lessons he is teaching me. As a coach, I want to tap into the ‘child’ within me and reawaken that intense spirit of curiosity which has been somewhat dampened, I think, by my busier brain and multi-tasking behaviour which has sometimes led me to skirt over issues superficially so that I can move onto the next perceived pressing task. This has become a habit that needs breaking. I see the real power of coaching and the power of questioning within it. I want to still the inner chatter that sometimes interferes with my thinking and attentively listen so that I can dig deeper with my clients.
As I set about this next phase in my development as a coach, my son’s unyielding curiosity will serve as a daily reminder and example of what I want to achieve. In the meantime, I owe my son an answer….I’d rather be a tree!

7-year-old me: What should I draw? 10-year-old elder brother: What would you like to draw? Me, hoping I will get some ideas: I don’t know. You tell me na? Bro (absolutely unperturbed): But how can I tell you what to draw when it is you who wants to draw? Me (sighing): Arggggg!! This is how … END_OF_DOCUMENT_TOKEN_TO_BE_REPLACED

Are you the parent of a teenager? Do you find it increasingly difficult to talk to them? All the mood swings, the sulky looks, the “I’m fine” and “Whatever!” No matter how hard you try you just can’t seem to understand him or her? Parents want their teenagers to be confident and happy. To be … END_OF_DOCUMENT_TOKEN_TO_BE_REPLACED

I have trained … I have learnt new skills … I have practiced these skills under different environments … I am ready.. Let me tell you my journey of learning to drive… I was 14 years old. My Dad was catching an afternoon nap and his car was parked in the garage. Over the years … END_OF_DOCUMENT_TOKEN_TO_BE_REPLACED

Close to four decades in corporate life,  I have seen a lot of effort in ‘Behavioral Change’. This is very one dimensional and I knew I had to go deeper than Behavior to really start making lasting Behavioral Change. Below is a snapshot of my research and my reality. “Leadership is a choice, not a … END_OF_DOCUMENT_TOKEN_TO_BE_REPLACED

It was on a fine day on Jan 2020, It was very accidently that I came across a mail and somehow my curiosity took me to explore the website. I talked to the respective person and was not sure about if for 4 months and just thinking. While I was busy with my routine jobs … END_OF_DOCUMENT_TOKEN_TO_BE_REPLACED