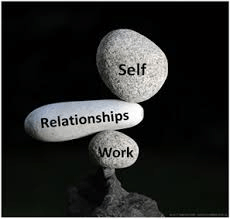 Did you ever become curious about- Whole Person Coaching?

I have been into Executive Coaching for last 5 years. I happened to pick up Coaching first time when I took on a role of an SELP Coach in the year around 1998 which was a little different than the Coaching as defined in the professional world. However since last 5 years I pursued learning about Coaching as defined by ICF and its laid out competencies. As Coaches, we all start diligently following a Coaching Model we might have learnt in our ICF Certified Coaching Program to coach our Coachee. Often the early journey starts by coaching the ‘Issue’ as we start building our muscles in coaching, using the Coaching Model we have learnt.
As I became comfortable using the learnt Coaching Model my confidence increased and so did the enjoyment. Over a period of time,  I was also able to see how each Coaching call takes a different direction- some calls are very effective, some calls become lengthy, some are not as ineffective , few are brief and short and able to finish within time. The variety is a lot. All this added to my curiosity to learn more about Coaching further and to be competent.
‘Whole Person Coaching’ is one such topic that created a lot of curiosity to know more about it. I learnt about it by attending workshops recognized by ICF, reading articles, watching videos, trying to reflect on my understanding, applying my understanding, and so on. I would like to share the various frameworks that showed up about Whole Person Coaching in the pursuit of learning about it. Each of the framework has its own science to go deeper into it [which I leave it to the curious reader to pursue it]. As I share this, I invite you (the reader) to share your experiences of Whole Person Coaching.

All of these frameworks, learning and reflecting on them, has created a juice of sense making of Whole Person Coaching. Self Awareness seems to be the emerging key to unlock the potential and applying the framework. The shift has happened from coaching the ‘Issue’ to coaching the ‘Person’.
In essence, the benefit of Whole Person Coaching is that it creates deep impact and empowerment for the Coachee to achieve its outcome. Quite often the results are described as transformational.
Curiously I await to hear your views, experiences and sharings if you ever became curious about Whole Person Coaching and what happened after that? Thank you for your time.

7-year-old me: What should I draw? 10-year-old elder brother: What would you like to draw? Me, hoping I will get some ideas: I don’t know. You tell me na? Bro (absolutely unperturbed): But how can I tell you what to draw when it is you who wants to draw? Me (sighing): Arggggg!! This is how … END_OF_DOCUMENT_TOKEN_TO_BE_REPLACED

Are you the parent of a teenager? Do you find it increasingly difficult to talk to them? All the mood swings, the sulky looks, the “I’m fine” and “Whatever!” No matter how hard you try you just can’t seem to understand him or her? Parents want their teenagers to be confident and happy. To be … END_OF_DOCUMENT_TOKEN_TO_BE_REPLACED

I have trained … I have learnt new skills … I have practiced these skills under different environments … I am ready.. Let me tell you my journey of learning to drive… I was 14 years old. My Dad was catching an afternoon nap and his car was parked in the garage. Over the years … END_OF_DOCUMENT_TOKEN_TO_BE_REPLACED

Close to four decades in corporate life,  I have seen a lot of effort in ‘Behavioral Change’. This is very one dimensional and I knew I had to go deeper than Behavior to really start making lasting Behavioral Change. Below is a snapshot of my research and my reality. “Leadership is a choice, not a … END_OF_DOCUMENT_TOKEN_TO_BE_REPLACED

It was on a fine day on Jan 2020, It was very accidently that I came across a mail and somehow my curiosity took me to explore the website. I talked to the respective person and was not sure about if for 4 months and just thinking. While I was busy with my routine jobs … END_OF_DOCUMENT_TOKEN_TO_BE_REPLACED