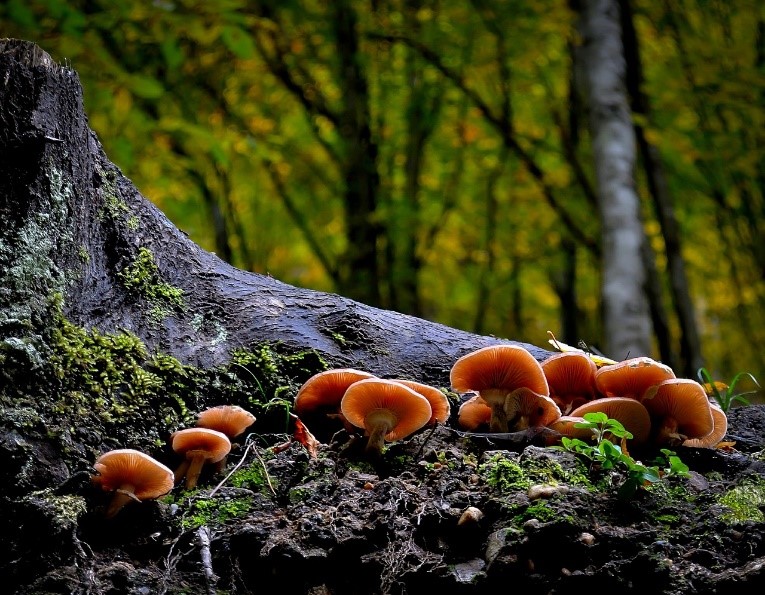 A couple of weeks ago, I chanced upon this very randomly selected TEDx video on ‘Food and Shame: Reclaiming Vanishing Diets’. The speaker was Aparna Pallavi – a noted environment journalist turned food advocate, whom I had never heard of at the time. She begins by sharing one of her experiences living with an indigenous family in India where a young boy felt ashamed to show her what he was eating – moth larvae, a traditional delicacy of the Madia indigenous people. On prodding the boy’s father on what led to that, she realized a deep-rooted sense of shame towards something traditional, naturally available and abundant in the immediate surroundings, delicious, and most importantly highly nutritious – shame that had set in because of being told over time that this food was uncivilized and somehow inferior. While the topic in itself was very immersive, what really caught my attention was the speaker bringing up the topic of foraging vs. cultivation. Our origin as forest dwellers and foragers is rooted in making the best of what is naturally available to us. And often, what used to be naturally available to us in our surroundings was also what we needed exactly to not just adapt to the environment but also survive over generations.
For some inexplicable reason, this brought me back to Coaching. Have we over-cultivated the process of Coaching? In an attempt to simplify Coaching and make it relevant to a broader population, have we ended up making it more complex? In today’s context, complex is niche, complex is sought after but keeping things simple has been the biggest challenge. Just like with indigenous foods, are we picking up what is naturally available to us (foraging)? The forest floor here is a metaphor for our immediate internal and external surroundings – something that we can easily tap into – the power to observe, genuine curiosity and concern for the coachee. Or, in order to be able to address the rational questions around ROI and business impact, have we created (read cultivated) too many models and frameworks for coaching? The combination of various acronyms, numbers and chevrons while force fitting the entire process of coaching in 5 steps…4 sequential phases…, 7 stages, etc. breaks down coaching as a set of tasks and activities that can be checked off one by one. Such models and frameworks definitely satiate the need for quick and easy implementation for many but the more we obsess over implementation and impact, the further we move away from the core of coaching – the care from our hearts, genuine curiosity from our brains, and courage from our gut. We must not forget that as long as we believe in the process of coaching and focus on being present with the coachee, everything else will follow organically.
The need to be accepted as civilized and sophisticated has resulted in many indigenous foods vanishing from our plates, let’s not let something similar happen to the core of coaching in this civilized, rational world.

7-year-old me: What should I draw? 10-year-old elder brother: What would you like to draw? Me, hoping I will get some ideas: I don’t know. You tell me na? Bro (absolutely unperturbed): But how can I tell you what to draw when it is you who wants to draw? Me (sighing): Arggggg!! This is how … END_OF_DOCUMENT_TOKEN_TO_BE_REPLACED

Are you the parent of a teenager? Do you find it increasingly difficult to talk to them? All the mood swings, the sulky looks, the “I’m fine” and “Whatever!” No matter how hard you try you just can’t seem to understand him or her? Parents want their teenagers to be confident and happy. To be … END_OF_DOCUMENT_TOKEN_TO_BE_REPLACED

I have trained … I have learnt new skills … I have practiced these skills under different environments … I am ready.. Let me tell you my journey of learning to drive… I was 14 years old. My Dad was catching an afternoon nap and his car was parked in the garage. Over the years … END_OF_DOCUMENT_TOKEN_TO_BE_REPLACED

Close to four decades in corporate life,  I have seen a lot of effort in ‘Behavioral Change’. This is very one dimensional and I knew I had to go deeper than Behavior to really start making lasting Behavioral Change. Below is a snapshot of my research and my reality. “Leadership is a choice, not a … END_OF_DOCUMENT_TOKEN_TO_BE_REPLACED

It was on a fine day on Jan 2020, It was very accidently that I came across a mail and somehow my curiosity took me to explore the website. I talked to the respective person and was not sure about if for 4 months and just thinking. While I was busy with my routine jobs … END_OF_DOCUMENT_TOKEN_TO_BE_REPLACED