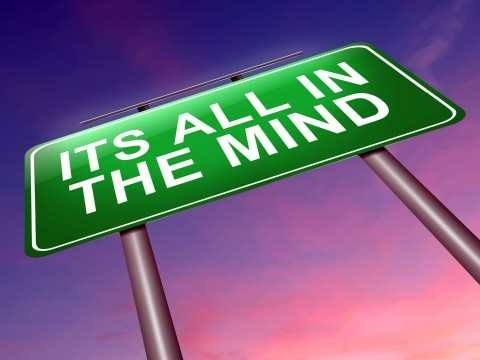 Beat the mental hurdle – “This too shall pass!”

The human mind is an extraordinary machine. It can make a ‘mountain out of a molehill’ – and can also make the ‘impossible become possible’.
Perspectives, perceptions, emotions and past experiences often trigger the mental hurdle.
It is also a known fact – that the mind can be fooled very easily to believe anything as fact. We tend to see situations the way we wish for it to be perceived – as good or bad, as opportunity or threat.
A famous MBA-time case study goes something like this… two marketing experts of a footwear company on their recce to a remote African village scoping the possibility of footwear sales. What they both saw – the villagers were completely barefoot. They didn’t’ wear any shoes.
The first expert saw it as no-scope to sell footwear there because “nobody wears footwear” in that village, while the other expert saw it as a huge scope of opportunity to sell footwear as an unexplored-need because “nobody wears footwear” in that village and villagers.
Same situation – different perspectives!
What happens when the mind perceives its mental-hurdle with a glimmer of hope and opportunity? It becomes capable of achieving something extraordinary which otherwise would seem impossible

So…. How does this work!

Kylie had been late sitting at work for the past few weeks. Her colleagues found her as the go-to person to handle tasks which could easily have been done by someone else. It appeared as if she was the only one handling all the crises at work while her peers and other colleagues seemed to be having a ball of a time. The pressure of work and expectations was sky-high. Her colleagues were not cooperative. She wasn’t being provided with the right support she needed to complete this.
Was she being targeted? Was she being set up for failure? She – and her brain – had a choice to make…. Fight or Flight!
And fight she did. She fought her mental cobwebs. She told herself that she should overcome her fear. That she can grow as a professional. That better times lay ahead. She was learning something new. She was evolving. Her current woes and frustration were only temporary. Similar situations in past had brought out the best results then.
She kept repeating to herself – “This too shall pass”.
And….. It did pass. A few months on – her projects got their due recognition. She got lauded for her efforts. She was promoted. She deservedly earned commendation and appreciation for her efforts and work.
‘Beating the mental hurdle’ is creating a positive belief system around you, around your thinking, around your mind’s perception and most of all around your mind’s capability. Every circumstance is temporary. Every situation will find a solution. Every experience is and will be a learning. Your situation today will mould your capabilities to newer heights.

The Three Mantras to Overcoming the Mental Hurdle

I believe the three mantras below, as stand-alone or in combinations, can help anyone in beating the mental hurdle in every situation.

Success comes when we can overcome mental obstacles. Winners win the game in their mind. What follows is merely the outcome of this. It’s all in the mind!
So what mental hurdles are you going to beat today?

7-year-old me: What should I draw? 10-year-old elder brother: What would you like to draw? Me, hoping I will get some ideas: I don’t know. You tell me na? Bro (absolutely unperturbed): But how can I tell you what to draw when it is you who wants to draw? Me (sighing): Arggggg!! This is how … END_OF_DOCUMENT_TOKEN_TO_BE_REPLACED

Are you the parent of a teenager? Do you find it increasingly difficult to talk to them? All the mood swings, the sulky looks, the “I’m fine” and “Whatever!” No matter how hard you try you just can’t seem to understand him or her? Parents want their teenagers to be confident and happy. To be … END_OF_DOCUMENT_TOKEN_TO_BE_REPLACED

I have trained … I have learnt new skills … I have practiced these skills under different environments … I am ready.. Let me tell you my journey of learning to drive… I was 14 years old. My Dad was catching an afternoon nap and his car was parked in the garage. Over the years … END_OF_DOCUMENT_TOKEN_TO_BE_REPLACED

Close to four decades in corporate life,  I have seen a lot of effort in ‘Behavioral Change’. This is very one dimensional and I knew I had to go deeper than Behavior to really start making lasting Behavioral Change. Below is a snapshot of my research and my reality. “Leadership is a choice, not a … END_OF_DOCUMENT_TOKEN_TO_BE_REPLACED

It was on a fine day on Jan 2020, It was very accidently that I came across a mail and somehow my curiosity took me to explore the website. I talked to the respective person and was not sure about if for 4 months and just thinking. While I was busy with my routine jobs … END_OF_DOCUMENT_TOKEN_TO_BE_REPLACED