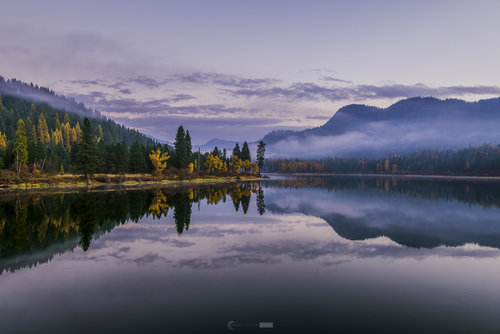 Benefits & value of coaching: My personal experience of being coached

When I was starting out with my journey as an Executive coach, I heard a number of people I coached tell me that they had benefited from my coaching. For the most part, I didn’t take their comments seriously. I assumed that they didn’t want to discourage me & were just being nice to me because I was starting off. However, during my journey, I had multiple opportunities myself to be coached by other coaches and my experience bore out that the comments from those I coached may not have been unfounded.
As I flipped roles and sat in the seat of the person being coached (thanks to the opportunities provided by Rajat & Arvind from “Coach To Transformation” a very personalised & helpful coach training program) on a goal or an issue, I found the experience very beneficial
I was keen to see the immediate impact of coaching so I typically picked something that was bothering me that day or that week to be coached on.  What I noticed as an overarching result of the coaching was that my mental & emotional states were far more regulated. Think of it as a line on a screen as one typically sees on a heart rate monitor. The blips are my mental or emotional disturbances, the straight smooth line indicating a state of peace & calm. So what I mean specifically by regulated is that the mental & emotional variations on the graph were far less frequent & when they happened, the blips returned to a neutral position far quicker.
In the paragraphs that follow, the types of benefits I got from being coached along with examples & a summary of benefits at the end. If you’ve ever been coached I’d like to hear about your experience so write in to me on LinkedIN  @Mezjan Dallas.

One of the first observations I noticed as I was being coached was that as I slowly & deliberately thought about & talked through the issue with my coach it gave me significantly more clarity on the issue. For example, recently I wasn’t clear about whether I should jump into another initiative. As the session proceeded, I realised that time was the main issue and I was able to  map out into clear phases the time that would be needed for the initiative.. It also helped me get very clear on the key assumptions I needed to clarify as well as the key factors upon which would depend the amount of time needed for the initiative.

The second observation I had was that as I thought & spoke through the issue, I was normally able to remove the drama or emotion out of the situation & look at it much more objectively & calmly which in turn helped me think more clearly & find better solutions. For example when I brought up an issue about conflict with a person, I was able to separate very clearly my complaints about this person & their behaviour & it’s impact on me from the key business results at stake as a result of my concerns with this person. That objectivity helped me to very simply & easily put in place actions to address the potential business impact & save myself a lot of worry & anxiety.

My third key observation was that my coach’s observations on certain things that I wasn’t conscious of & consequent questions led me to think & tread on very unchartered territory & paths in my brain leading to some rather fascinating & totally unexpected insights. For example, recently a coach asked me about another person’s perspective on an issue and that turned my thinking around 180 degrees. In addition, they made me think through the specifics of the how of certain actions & that made me come up with much more effective actions than if I had thought through the issue by myself.

Lastly, with a few key & clear actions or next steps decided on an issue at the end of the coaching session, things didn’t seem to linger as long on my mind or my heart as long as they otherwise did. This made me feel significantly lighter in my head & heart. For example, recently when I was troubled by a health issue & brought it up for a coaching session, I was able to focus clearly on the few simple things within my control that I could do to alleviate my immediate & most pressing concerns on the issue. This made me feel much better & lighter instantly.

Deeper better understanding of myself:

Through coaching sessions I have found that I gain a much greater awareness of my recurring patterns of reaction or behaviour that provide the starting point of being able to make lasting changes & improvements in myself. For example, I noticed in a coaching conversation that my ability to control what seemed like an almost uncontrollable typical pattern of reaction within me was when I am taken by surprise. That the root of the issue was that I needed to find ways to be more vigilant & alert to being taken by surprise to prevent the reaction.  In addition, I noticed a pattern that when I perceived (the perception itself being questionable) other’s behaviour to be a of a certain nature or type, that triggered the typical reaction I wanted to overcome.
In summary, being coached provided me with a much more sustained state of mental clarity & lightness, emotional peace & calm, significantly reduced time being stressed or worried, wider thinking & a deeper introspective perspective to issues.

About the Author Mezjan Dallas

7-year-old me: What should I draw? 10-year-old elder brother: What would you like to draw? Me, hoping I will get some ideas: I don’t know. You tell me na? Bro (absolutely unperturbed): But how can I tell you what to draw when it is you who wants to draw? Me (sighing): Arggggg!! This is how … END_OF_DOCUMENT_TOKEN_TO_BE_REPLACED

Are you the parent of a teenager? Do you find it increasingly difficult to talk to them? All the mood swings, the sulky looks, the “I’m fine” and “Whatever!” No matter how hard you try you just can’t seem to understand him or her? Parents want their teenagers to be confident and happy. To be … END_OF_DOCUMENT_TOKEN_TO_BE_REPLACED

I have trained … I have learnt new skills … I have practiced these skills under different environments … I am ready.. Let me tell you my journey of learning to drive… I was 14 years old. My Dad was catching an afternoon nap and his car was parked in the garage. Over the years … END_OF_DOCUMENT_TOKEN_TO_BE_REPLACED

Close to four decades in corporate life,  I have seen a lot of effort in ‘Behavioral Change’. This is very one dimensional and I knew I had to go deeper than Behavior to really start making lasting Behavioral Change. Below is a snapshot of my research and my reality. “Leadership is a choice, not a … END_OF_DOCUMENT_TOKEN_TO_BE_REPLACED

It was on a fine day on Jan 2020, It was very accidently that I came across a mail and somehow my curiosity took me to explore the website. I talked to the respective person and was not sure about if for 4 months and just thinking. While I was busy with my routine jobs … END_OF_DOCUMENT_TOKEN_TO_BE_REPLACED