A crash-course in survival. And self-coaching!

What is Imperfect in this ‘Perfect’ world?

A crash-course in survival. And self-coaching!

Except in this case, it was a deluge!

August 29, 2017. 468 mm of rain in 12 hours in Mumbai, over 7 hours of driving, the constant fear of drowning in the flood, and my own personalised coaching crash-course. I survived the night to tell the tale and my recent experiences with coaching had a big role to play in this. Here is my story on surviving the Mumbai floods. And on self-coaching.

Meteorological department had forecasted heavy rains combined with high tides and flooding in many parts of Mumbai. People were advised to exercise precaution while venturing out. In many offices, arrangements were made for the employees to stay indoors while others released transportation earlier so employees could reach home in good time.

Some of us who had driven to work that day, decided to stay back in office till the traffic cleared out on the roads. After 8 hours of wait, we reviewed the situation based on news, Google maps and inputs from colleagues/ friends/ family who had ventured out. It seemed like roads had cleared out and we could go.

Before driving out, I had a good meal in the canteen, took a bottle of water and some chocolates for the way. These supplies kept me going through out my journey. It’s important to prepare yourself for the journey, but sometimes that may not be enough. In those moments, use your common sense and intuition, these are powerful tools.

I took my regular route and covered 2/3rds of the distance in a record time. I was beginning to feel happy, and then, my car was stopped. Roads ahead were submerged in neck deep water with buses floating in it. My car stood no chance of crossing that.

Based on inputs from some good samaritans and traffic police on the roads, I decided to take the alternate (and longer) route to home instead of going back to office.

There can be different paths to get to the same destination. If one does not work, there may be others. Make your choice.

All was well, until a certain point where I was told that the second route was blocked too and I had to take the only open route. At this point, there was no scope of returning to office. No one could tell how much time it would take to reach home or how bad the traffic or flooding was.

In that moment, I told myself a few things –

It was raining heavily with traffic either moving at a snail’s pace or totally stuck at most places. Google maps to destination would show 45 minutes, while I would spend 45 minutes in one spot. No clarity on how much time it would take to reach home.

To keep my sanity, I spoke to other drivers/ bikers every now and then. It helped me deal with my feelings knowing there were others in a similar situation. It also gave me some useful insights on what to expect next.

My radio was on to help me pass the time, stay calm and get news updates on traffic conditions.

And then I reached a point where all you could see was waterlogging. It was a stretch of alteast a few kilometres and vehicles were wading through that water. Given my small automatic car, I wasn’t sure how it would fare.

It’s important to be in touch with your feelings and surroundings. I was well aware of the little butterfly fluttering in my tummy, but kept driving slowly and steadily with the goal of getting to the other side. When I reached the other side of water logging, it was a feeling of triumph. To celebrate the occasion, I treated myself with a small piece of chocolate and a few sips of water. Thereafter, I repeated this ritual, every time I crossed a difficult stretch.

After driving for almost 5 hours I reached the highway that connects to my locality. It was good to be in familiar surroundings, except this seemed like the worst waterlogging so far. Traffic was stand still and only a few vehicles were allowed to cross at a time to avoid a panic situation. I waited for my turn, trying to stay calm and have a plan to go across.

Plan was simple, keep driving on extreme right, without stopping. I started with two more cars ahead of me. Just in that moment a scooter with 3 people on it shut down and skidded ahead of us due to water getting into its engine. The cars had to slow down. In those few minutes (which seemed like a long time), focus was to keep the engine running, without crashing into the car ahead or losing my mind. At certain points in time, you have to give it your all to stay afloat.  Just in nick of time they managed to pull the scooter out and moved ahead. I pressed on and was glad to drive through to the other side. I celebrated by finishing my chocolate bar.

My house was just a few minutes away but connecting road was shut down due to water logging. So near, yet so far. I got down from the car and caught up with folks waiting around to figure out how to cross that last hurdle. Sometimes a road is more difficult in your mind than in reality. After waiting around for an hour, I took a leap of faith and drove away on the alternate connecting road to my place. That road had cleared out by now and I was home in 5 minutes. I came out as a stronger person and am grateful to the universe for that experience.

Every time, we face a deluge (metaphorically speaking) in life, the true strength of our character is tested. The choice is upon us to give up or face it, with faith, and that determines how the story develops.

About the Author-  Abhilasha is an HR professional with over 16 years of diverse experience across pharmaceutical, consulting and IT services sectors. She has been in leadership positions for over a decade and has helped grow and manage the business by partnering closely with the business leaders. She is a travel enthusiast and loves being amidst nature. Abhilasha is currently undergoing the ICF coaching certification program with Coach-To-Transformation.

What is it I am looking for! 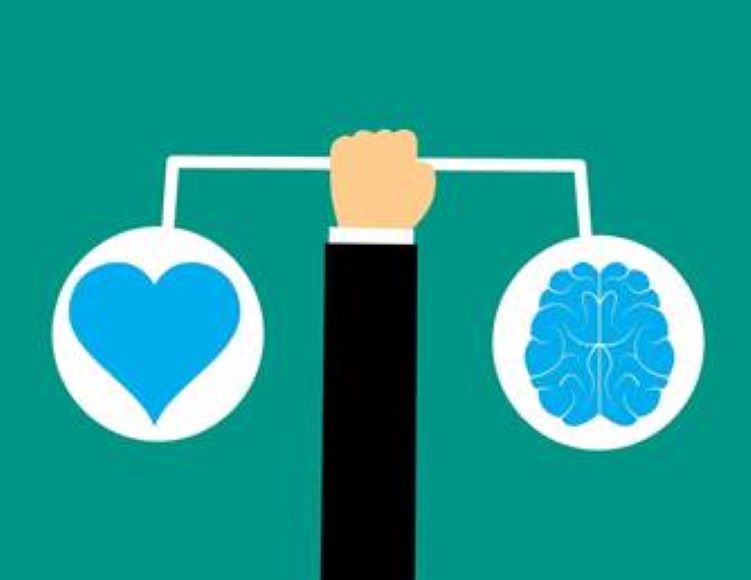